We’re used to the property market in Australia being a tale of two cities: Sydney and Melbourne, But while their markets seem to be slowing down, Brisbane has never looked better. While people have tipped that the Melbourne and Sydney housing markets are due to slow for years, it’s finally happening. ANZ Banking Group have tipped that house prices in Melbourne and Sydney will fall around 10% next year, driven in part by credit and interest rate changes planned for the coming year. 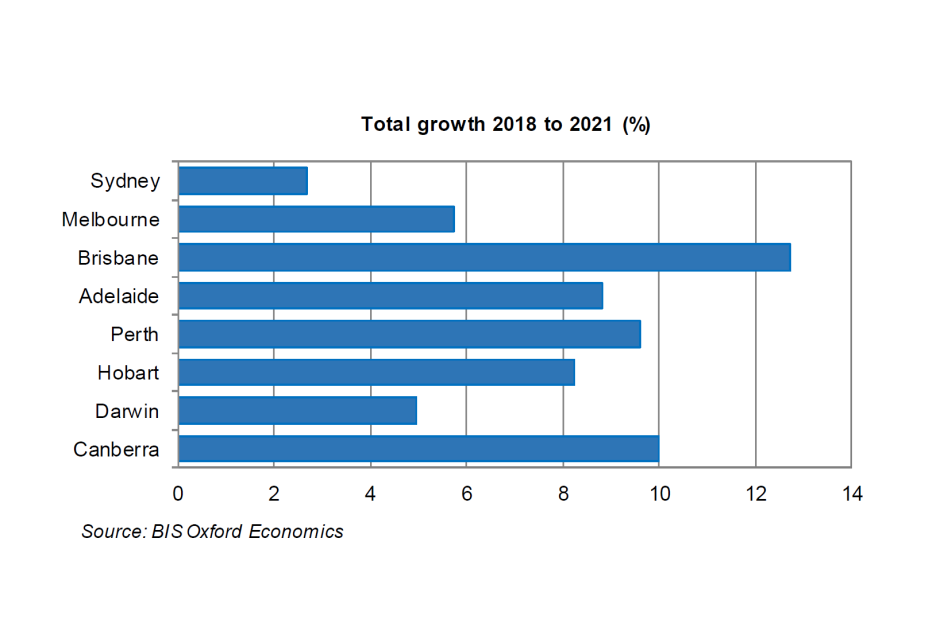 This is good news for Brisbanites — the market slowing down south means that this is no longer a matter of need driving demand.  Instead, people are now considering their lifestyle options to try and combat the astronomical house prices on the southern east coast. In fact, Brisbane properties are hitting record highs, and they’re selling quick — REIQ CEO Antonia Mercorella states that most houses are now on the market for only 32 days.

Increased values and quick sales are good for the seller and their neighbours. As the median house prices rise, they not only increase the value of most of the houses in the area (even if they might usually be considered barely prospects in any other market), it also pushes the prices of premium houses in those areas much higher.

As people migrate to escape the crush of Sydney and Melbourne, it will not only help address oversupply concerns that some developers have been voicing, but also bring vibrant new talent to the city. The infrastructure improvements slated for Brisbane and the rest of the state will only hasten the tipped population point of at least 1.2 million people in Brisbane by 2036. Add to this people who are looking for a (relative) tree change in capital cities, and to capitalise on the local market, and you’ll see new residents to Brisbane keen to build and participate in vibrant new communities.

While the headlines may continue to fuss and fret over housing market price stagnation, Brisbane has nothing to worry about. In fact, those words of caution and foreboding only bolster its attractiveness, not only in terms of liveability, but also as a great place to invest in real estate in the very near future.

Studio Apartments — is one right for you?

Studio Apartments — is one right for you?