What really triggered the 2007 US Housing Market Crash?

2007 wasn’t a great year to own an investment property in the United States of America, thanks to the so-called ‘subprime mortgage crisis’. Since then a general consensus has emerged around the cause of the crash, however a paper released by the US National Bureau of Economic Research has posed new questions on who or what was to blame.

When speaking about the causes behind the Global Financial Crisis of 2007, the conversation usually involves a combination of poor people being reckless with their finances, banks being too greedy, and thanks to the movie ‘The Big Short’ how a few rogue traders’ use of “creative” financial products brought the world to its knees.

There is mounting evidence which suggests the notion that the 2007 crash happened because people with bad credit borrowed to buy houses they couldn’t afford is just plain wrong. The latest, and potentially most damning evidence against this theory comes in the form of a new National Bureau of Economic Research working paper, which argues that it was wealthy or middle-class house-flipping speculators who inflated the bubble, and then wrecked local housing markets when they defaulted en masse.

Economists Stefania Albanesi of the University of Pittsburgh, Giacomo De Giorgi from the University of Geneva, and Jaromir Nosal of Boston College analysed a large dataset of anonymous credit scores from Equifax, a credit reporting bureau. They found that during the preceding housing boom, mortgage debt grew rapidly from those with credit scores in the middle and top of the credit score distribution. Most importantly, these borrowers accounted for a disproportionate share of defaults during the 2007 crash.

The subprime borrowers who have now shouldered the blame for the crisis actually defaulted at a significantly lower rate after the collapse than before. In real terms, the lowest quartile in credit score distribution accounted for 70% of foreclosures during the preceding boom period, compared with 35% during the crisis.

So if subprime mortgages made up 70% before the crash, and only 35% of all foreclosures after the crash, what happened?

Prior to 2007, the low interest rates on offer encouraged many of those with good credit scores and a growing existing home value towards mortgages for additional homes. Some of these were long-term purchases, however an decent share bought with the aim to “flip” the home in the short term for a tidy profit. As is revealed in a 2011 US Federal Reserve Bank report.

In early 2004, a little more than 10% of borrowers in the top three quartiles of the credit score distribution had two or more mortgages. By 2007, that had leapt to around 16% for borrowers in the middle half of the credit-score distribution, and around 13% among that top quartile. However, for the lowest quartile (i.e. subprime), only around 6% had more than one mortgage, rising to around 8% by 2007.

By 2007, investors accounted for 43% of the total mortgage balance for the top credit-score quartile. For the middle two quartiles, speculators were responsible for around 35% in 2007, setting up a dangerous dynamic.

The mortgages these prime borrowers were able to secure were much bigger than those taken out by poorer homebuyers. Worse, speculators have less incentive to hold onto their extra homes than those who only own one home. So when the housing market started tumbling and the economy soon followed, they were much more willing to default and foreclose. This would explain why, as the researchers put it, “the rise in mortgage delinquencies is virtually exclusively accounted for by real estate investors.”  It also explains why the share of single-mortgage borrowers who couldn’t keep up on their loan payments barely budged between 2005 and 2008.

Recent research by Antoinette Schoar, a finance professor at MIT Sloan, has been helping rewrite the conventional wisdom of the “subprime crisis” that has blamed the crisis on poor, reckless borrowers for the better part of a decade. Schoar’s work reveals that borrowing and defaults had risen proportionally across income levels and credit score, but that those with sounder credit ratings drove the rise in delinquencies.

At a time where the Australian housing market is asking some tough questions of itself, gaining an understanding of the mistakes of the past can help to influence a better approach in the future. But it’s only through understanding clearly what went wrong, that we can begin to find a logical and positive path forward through the fog and noise. 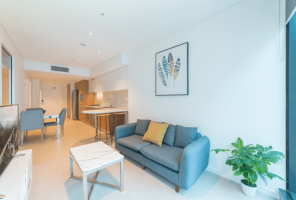 How often fixtures and fittings should be updated and serviced in your properties.

How often fixtures and fittings should be updated and serviced in your properties.