Property analysts and their armchair expert counterparts have continually given dire warnings about the future of Brisbane’s inner city apartment market, since the construction boom began some years ago. Many of the predictions these experts put forward haven’t yet been reflected in the market, yet a closer look at the current statistical data shows a different story.

Let’s be clear from the outset, the Brisbane apartment market has major hurdles to overcome in the coming five to ten year period, namely the huge increases in supply to the inner city suburbs. While the growth rates of investor income and capital growth are slated to fall over the coming period as a result of this oversupply, there are still signs that other factors may come into play to mitigate these circumstances.

As it stands, Inner-City apartment vacancy rates are holding at around 2.5-3.5%. Usually this would mean that rent incomes will remain stagnant or fall slightly, however there are other factors at play. Both Sydney and Melbourne are battling with what many are calling a housing affordability crisis, and while this isn’t positive for those affected – it could be the saving grace for Brisbane’s apartment boom.

Domain Group chief economist Dr Andrew Wilson made mention of this key factor when addressing the decline in rental income growth, saying “I think affordability is attracting people back.” Domain Group data showed in February that the median rent for an apartment in Brisbane grew 1.3 per cent to $390 each week and the vacancy rate grew to 3.3 per cent, up 0.1 per cent year on year. This lends further weight to a levelling off in the market.

From a property management perspective, managing vacancy rates is extremely important given the state of the market. The relative conformity among off-the-plan apartments means their biggest selling point is the fact they are brand new, which in turn requires a nuanced approach when dealing with landlords who own older properties.

Many of these owners and investors with older properties find it hard to comprehend why their asset has a reduced earning capacity, and the need to meet the current market to ensure their property remains tenanted. Managing the expectations of landlords who have become accustomed to a level of rental income which the market cannot now meet, is fraught with dangers. However, these are the consequences of an oversupply in the apartment market, and unfortunately it is the older and perhaps ‘less desirable’ properties which feel the pinch first.

These thoughts were echoed by Urbis associate director Paul Riga, who said he had made a similar discovery in a report published by his organisation. He said “Our key finding there is the inner city vacancy rates for new apartments has seen a very slight increase over the December quarter. In a period where we’ve seen the highest amount of settlements come through, the expectation for many people was the vacancy rate was going to be a lot higher, but it was still at 2.3 per cent.”

He went on to say the newest developments were the least affected by the oversupply, because they often managed to fill up, while others perceived to be lower quality struggled.

So while the market may not be performing at the heights many have become accustomed to, it is in now way in a tailspin. For property managers navigating their way through this period, managing the expectations of the landlords is key, as well as communicating the reasons which it is necessary.

The market’s stats don’t lie, but getting a proper understanding of how they affect your property is so important when making any future decisions. 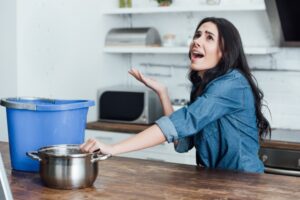 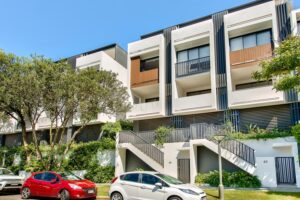 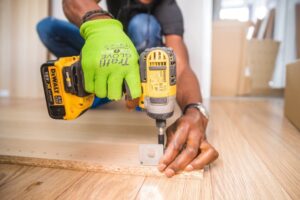